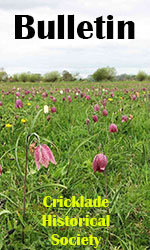 Cricklade’s Historical Society has been publishing information bulletins about various issues and events in the town since the 1960s. We have put together articles from across the decades and made them available for sale here, for a nominal fee. Click on the attached PDF for a comprehensive list of these articles and drop us an email with your choices. 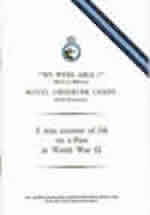 This is a true account of life on a Post (Blunsdon, nr Swindon) in World War II and is a 36 page FIRST EDITION booklet published in May 1968. As well as a photograph of Able Cluster there are one or two other black & white illustrations. However the majority is text where the author recalls the trials and tribulations of a small group of typical English country people in the early days of the war, whose task it was to create from a single wooden peg on a Wiltshire hillside, an efficient Royal Observer Corps Post. 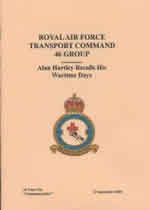 This 28 page booklet was published on the occasion when members of the RAF Down Ampney Association gathered, 60 years on, to commemorate their part in flying operations in support of the 1st Airborne Division in the Battle of Arnhem.
LAC Alan Hartley kindly produced an audiotape at very short notice when Cricklade Historical Society mounted an exhibition in 2001 to tell the story of RAF Blakehill Farm. It makes fascinating listening. He runs through the sequence of events surrounding the activities and assignments of 46 Group from the lead up to the re–invasion of German occupied Europe in June 1944 to the extended supply operations of 1946/47. This booklet is a transcript of that audiotape. £3.60 plus p and p. (Code:PUB/Arnhem) 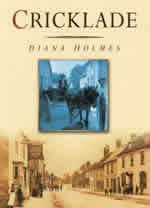 Close to the Cotswolds but not of them, the small town of Cricklade has a history at least as interesting as its better known neighbours. The River Thames, which rises only a few miles upstream, was for centuries a decisive influence on the town’s development. Driving the stright course of Ermin Street towards Gloucester, the Romans found Cricklade to be a convenient place to cross the floodplain, and the Saxon defenders of Alfred the Great’s Wessex made it a part of their chain of fortified towns against the invading Danes.
In later years Cricklade became a “rotten borough”, and the antics of parliamentary candidates, actively encouraged by a highly bribable populace, little less than a national scandal. Bypassed today by through traffic, Cricklade offers modern visitors peace and tranquillity and, in late May, the chance to see the famed crop of fritillaries which crowd the ancient North Meadow. A twelfth–century document describes Cricklade as being “in a delighful place”; this is just as true today. £7.50 plus p and p. (Code:PUB/Cricklade) 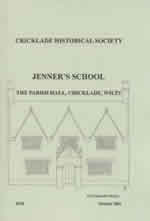 This 36 page booklet tells the story of Jenner’s School, which is now the Grade 2 listed Parish Hall in Cricklade.
Jenner’s School was built in 1652 and as well as providing some general background there are chapters on Robert Jenner, its time as a School, the years when it was a Workhouse, when there was poverty in Cricklade, and its time as a school once more in 1842.
Tom has also documented the structure of the building, with a number of technical drawings and an early plan. There are also photographs and drawings of the building in the booklet.
Today, the Parish Hall is the subject of a refurbishment project which is designed to bring the building back to its former glory. £3.60 plus p and p. (Code:PUB/Jenner’s) 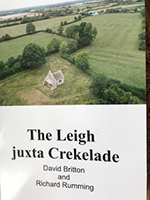 The Leigh juxta Crekelade written by David Britton and Richard Rumming. Published in 2015.  The story of a North Wiltshire Village. For most of its history, the Leigh, a small village of about 250 people in North Wiltshire was a chapelry of Ashton Keynes. If Ashton Keynes was unknown to the historians of Wiltshire, the Leigh fell so far below their horizon that – so far as the authors know – its history had never been investigated by anyone until the dawn of the 21st century. This book is an attempt to set out and interpret what is known of the village in the limited documentation available, mainly in the Wiltshire Archives and the National Archives at Kew. The book covers over 1,000 years of history in 206 pages and includes family trees, illustrations and tables of data. Price £12.50 plus p&p at cost. Please request The Leigh on your order.

Cricklade’s  Great War Dead.  This booklet was published at the end of 2008 to commemorate the 90th anniversary of the end of World War I  and those residents of Cricklade who had died in the Great War.  It focuses on the 32 names that are recorded on the Cricklade War Memorial, which stands outside Brook House in Cricklade High Street.   Price £3.60 plus p&p  (Code:PUB/GWD)

Robert of Cricklade,  c1100 – c1175. Robert of Cricklade was an eminent scholar and writer who carried the name of Cricklade across England, Scotland and the Continent.  much of what we know about Robert of Cricklade stems from his work in Oxford, in particular his association with the priory of St Frideswide.  The convent of St  Frideswide was one of the earliest religious institutions in the city, dating to the 8th century.  Robert of Cricklade joined a  priory of Augustinian canons on the site which had been established in 1122. In 1141 he became Prior. As well as his religious and administrative duties as leader of the Priory, he translated a text from Pliny the Elders “Natural History” which he called “A Garland” and which he dedicated to Henry II.  This “Defloratio” consisted of nine books of selections taken from Pliny’s manuscripts; a mid 13th Century copy is in Hereford Cathedral Library. At about the same time he was collecting all the translations of Josephus that he could for the Oxford canons.    He knew Thomas Becket and he features in Canterbury Cathedral’s Thomas  Becket miracle Window. Price £3.60 plus p & p. (Code:PUB/RofC)

The Nott Family of Braydon Forest  – Taken from papers held in the Cricklade Museum collected from diverse sources. Our research starts with Roger Nott the first Nott in Braydon. In 1636 Charles I granted Roger a long lease on a property in Braydon Forest.  Roger Nott and his son Edward were the ancestors that were discussed  on the  “Who Do You Think You Are?” programme in August 2013. Price £3.60  plus p & p. (Code:PUB/Nott)

We are open 10-12 noon every Saturday from and including the 2nd week in January to the 1st week in December. Also, from April to September we open Wednesday 2-4pm. If you wish to visit the museum at any other time please send us an email via our contact page or phone us on 07453 766744