CRICKLADE REVEALED is a series of TEN booklets about local social life in this town and its surrounding area from the early twenties, through the Second World War and its aftermath, to 1970. Based on the tape recorded memories of hundreds of local people, they give a unique insight into life in those times. They have been compiled by Marion Parsons as an on-going oral history project on behalf of Cricklade Historical Society for over 20 years. Each of the ten books is organized chronologically into six chapters, and contains many local and personal photographs. 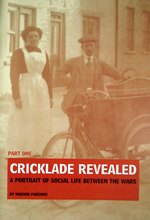 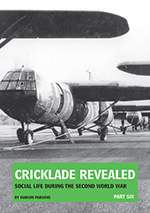 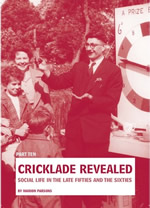 CRICKLADE REVEALED extra.
These books contain indexes for all the main books, plus extra stories.

(CRE 5) will follow in due course to cover Parts 8 – 10 before the project finally comes to an end.

All books cost £3.60 each, and are available from Cricklade Museum.

The museum is now open from 10am to noon every Saturday morning, up to and including the last Saturday in November. The museum is also open on the afternoon of the first and third Wednesday of the month from May. Wednesday opening will end this year on the 21st September 2022.
Please email or phone 07453 766744 to make any appointments – but watch this space for any adjustments to our plans. If you want further information about the museum please send us an email via our contact page or phone the chairman on 07453 766744. 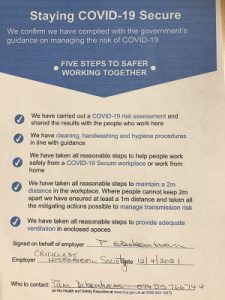